It’s pretty scary being woken up in the middle of the night hearing foot steps above your head in what should be an empty apartment under renovation. That’s exactly what happened to us about a month ago.

We’re living in the finished garden lower level rental while we renovate the duplex upstairs. It’s a construction site with permits displayed in the windows. It has always concerned us that it is an attractive target since it makes the building appear empty. We’ve winced at the sound of creaks or neighbors a few times, but this time there was no mistaking the sound of someone walking right above us. In disbelief, I got up opened the garden unit door to the common area that is open to upstairs and said something (I don’t even remember what). I heard quick footsteps, and then the unmistakable creak of the old original entry door opened and closed. Somehow the police arrived about 90 seconds after we called them, they found the intruder gone and the front door left ajar.

As break-ins go, it was pretty innocuous. Nothing was broken and nothing was missing. We also still don’t know how the intruder got in. Was it someone who had access (there was only a combination code lock on the front door and many people had the code from contractors to former tenants…we know…), did we actually forget to make sure the contractor locked up on their way out that day, or did they come in through an unlocked window or even the roof hatch!? Regardless, we needed to vastly improve our security situation.

First, the next morning we had a locksmith come out to add a dead bolt to the door. We also had a lock put on interior second vestibule door. We secured the roof hatch with double latches (don’t laugh but it was previously completely accessible), and made sure all windows and skylights had working locks. But we still didn’t didn’t feel completely safe. We needed a security system.

We’ve heard good things about all of the newer WiFi based systems on the market, but after our scare we didn’t want to compromise on security. So we set out to find a system that would help us feel safe, but also be easy to use, affordable, and fit into our lifestyle. Please note this is not an add! We’re not getting any promotional items from security systems. We are just two guys that genuinely care about the security in our new home.

The first thing we did was try to understand if the WiFi based systems would work for us over a traditional security system company. We did our homework, read lots of reviews, watched YouTube testimonials, and spoke to neighbors and friends. We came to the conclusion that although there aren’t wires connecting the sensors to the base, for us it felt just as secure. In fact, a lot of the traditional company systems are wireless now too. I suppose there are ways of interrupting the system if you truly want to, but this isn’t Danny Ocean’s crew we’re dealing with, and anyone with those skills isn’t out for our $500 TV. Many of the systems have cellular and battery backup if the wifi or electricity is down. Bottom line, you open a door or window, or trip the motion detector, the alarm goes off and police are notified. Plus these systems are unbelievably easy to install and very affordable.

We looked at SimpliSafe, Ring, Nest, and for good measure ADT and Brinks. We planned on getting a video doorbell, WiFi enabled door lock, and smart light switches so we wanted to find something that would integrate everything together. It was important for us to be able to manage the system through an app. We also wanted to put up a couple of security cameras.

We pretty quickly eliminated the traditional companies. For various reasons they weren’t a good fit. The cost for monitoring was more than double some of the others. The apps and interface were lacking and for us. There wasn’t an upside at all. Nest didn’t seem as far along with their system as SimpliSafe and Ring. So we were down to two. Both were relatively similar; built for ease of use with user friendly apps. We found that Ring had better camera options and more integrations for other devices. Not to mention their monitoring is only $10/month. Which is a quarter of what the traditional companies wanted.

We installed the sensors on the doors and windows, the motion detectors and cameras are in place, and we even got a connected smoke/fire detector so if we aren’t home to hear an alarm the fire department can be notified. We have not once had to enter the code on the keypad because we turn it on and off through an app (I armed the system from Barbados last weekend). Yes, sometimes we even ask Alexa to do it for us. We also have spoken to one another through the exterior security camera 2-way speaker on the front of the building more than once.

We’re now sleeping better knowing the deadbolts are locked (trust me we double check every night now) and if anyone opens a door or window, or even walks around upstairs, the alarm will scare them away and police will be notified. Truthfully, it still took us about 2 weeks for it to sink in that when we heard a noise, as long as the alarm isn’t blaring, it is not someone waking around above us. It’s worth it for the peace of mind as much as the extra security. 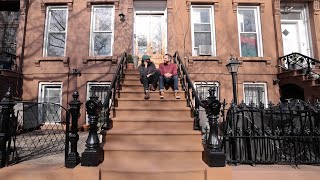 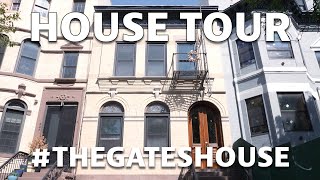 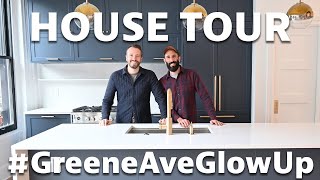 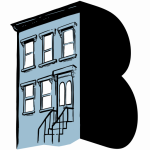